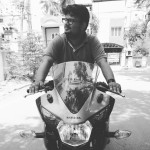 Zapier names Freshsales among the fastest growing apps of 2019

Popular web application integrations platform Zapier has listed Freshsales as one of the top 25 apps in the Zapier’s Apps at Work Report 2019. Freshsales has been placed #16 on this list and is among a handful of CRMs to have made it to this list.

With over 1500+ apps available on Zapier, Freshsales’ recognition as among the fastest growing apps in this coveted list is an exceptional achievement and one that we at Freshsales cherish. With Zapier, customers can integrate the most popular apps with Freshsales and bring critical customer data into their CRM to build a 360° perspective of their customers. Zapier’s Apps at Work: The Fastest Growing Apps Report finds that 83% of Americans use 3 or more apps at work, and also talks about how the more than four million users on Zapier’s platform are connecting apps and embracing automation. The report also mentions that the usage of Freshsales-specific Zaps has grown over 150% since 2018, indicating strong adoption of integrations between Freshsales and other popular web applications.

As of today, Freshsales enjoys integrations with close to 250 apps through Zapier. This makes it easy for users to integrate some of the most commonly used apps with Freshsales and automate their business tasks.

Send notifications on Slack when new Leads are created

If you are a power user of Slack, you can now use it to stay updated about your latest leads as well. With this Zap, every time a new lead is created in Freshsales you will receive a notification in Slack.

Create a dedicated Trello card every time a deal is created

Using a Trello card is a smart way of creating tasks for yourself and staying on top of them. By integrating Trello with Freshsales, you can now be assigned a Trello card every time a new deal is created in Freshsales.

Bring your MailChimp subscribers as new leads into Freshsales

With this Zap, you’ll no longer need to think about manually transferring newsletter subscribers to your CRM—each new subscriber is automatically created as a lead in Freshsales.

When this Zap is set up, every time a contact form is submitted through your Facebook Ads, Zapier will create a new lead in Freshsales.

If you are someone who hops in and out of events regularly, then this Zap is the one for you. Every time your Calendly event is accepted, this Zap turns that invitee into a lead on Freshsales.

If your website form is an important source of lead generation, then using this Zap is something you should try. When this Zap is set up, you can turn all those website signups from Typeforms into leads on Freshsales.

Don’t take our word for it? Sign up for Freshsales and check it out for yourself

We also have a webinar where we cover the integration between Freshsales and Zapier in great detail. Do give it a watch to get a better idea about the integration.

With Freshsales adding more features in 2019, users can look forward to automating their business tasks ever more readily.