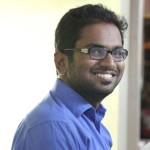 Descartes and Freshservice – The tale of a successful ITSM implementation

It was gloomy in Birmingham, and warm inside the swanky hotel where the SDI Conference 2018  was being held.

Stephen Mann, an ITSM stalwart and one of the judges, approached the microphone. “The winner of the Best ITSM Implementation award for 2018 is,” he said, “Freshworks & Descartes.”

We roared, and jumped with joy. We had done it, two years in a row!

As I walked up to the stage, clapping, jumping, and smiling from ear to ear, the entire implementation journey flashed before my eyes. It wasn’t easy, not at all. I was lucky enough to be involved in the project and oh boy, was I lucky to be present during our very own Oscar moment!

I work with Freshservice, the ITSM service desk from Freshworks. As part of my role as product consultant, I had visited the Descartes office in Ghent, Belgium for the implementation. Descartes is the global leader in providing on-demand SaaS solutions for logistics-intensive businesses; they are heavyweights in the industry.

This was last year, and I had no idea what a journey this was going to be.

“Freshservice is one of the easiest tools to implement” I said, in one of the meetings. “It merely takes minutes to set up and you’ll be able to do it yourself,” I said, and leaned away from the computer as if to indicate that I won’t be setting up the system for them.

I was going to be there for just a week. Stakeholders from their Canada and UK offices had flown into Ghent for this week long meeting. Descartes had chosen to go with Freshservice and wanted to pilot the implementation with a small team. The meeting was primarily around that and also to discuss a global roll-out in September.

That week was blissful. It is such a great feeling to see a customer so committed to their ITSM software roll-out. New software implementations usually don’t take priority over the day job but here it felt like this team was on a mission. They even had a code name for the project—Utopia.

I was thrilled. This was very different from how normal implementations work. These guys evidently knew what they were doing. And that made me go even more extra miles than I normally would have.

Throughout that week, we discussed a lot. I was happy to see myself contributing to not just Freshservice conversations but also process conversations. I felt like a Descartes employee for a week. I remember this particularly long discussion on categorisation. I was so involved in what was happening that I mistakenly picked up a lipstick instead of a marker to illustrate what’s on my mind. That was embarassing, but once I did manage to find the right ink, this is what the board looked like. I’ve spent half my career with Freshservice and I love the product. And yet it was one of the first times that I got to see how people use, think, and talk about Freshservice. I was used to interacting with customers over a phone call or a screen share at most. But the experience of a committed team trying to get the maximum out of a product, as I saw with Descartes, in person, was magical.

This was new to me, and was very very useful. A lot of things can be learnt by observing and simply looking at how the end user actually uses the product you make.

We had detailed everything out by end of that week, which was credit to both our product and the Descartes team. Over the course of the next few months, we were going to work very closely with each other.

A small team of agents went live. It didn’t feel like a big effort at all. It could be because Descartes were well equipped to handle most of the configuration on their own. It also helps that Freshservice can be quickly set up without coding (for the most part). When there was coding involved, I was able to work with developers from their end to knowledge transfer code so they could carry it forward.

They were able to get most of it done on their own without any help from us. They had learnt the product, knew enough to perform first level troubleshooting, and would only come to us if they’d exhausted all the knowledge/options they had. They really were our dream customer.

We had our weekly calls during this time period and most of them revolved around brainstorming to solve any challenges or at least to work around them.

September 18 was the target date for GoLive (the launch) and it was approaching quickly. Two key stakeholders would be in Lier, Belgium and we were also expected to be there.

The day was relaxed, leading Julie, Descartes’ VP of Customer Services to wonder aloud, “Is this the lull before the storm?”. She was right. Small issues with APIs, email services, and other minor things popped up. Thankfully, they decided to attack us separately so it wasn’t all bad.

We decided to leave for dinner once things quietened down a bit. WiFi at the restaurant meant that the team working out of Canada, in their prime working hours, could reach us quite easily. I barely remember what I ate, all the while trying to revert to one mail as another popped up. With some help from our team in Chennai, we were able to knock out most issues at this time.

I was left alone to enjoy the rest of my meal. I remember this, but still can’t remember what I ate.

Despite all the minor niggles, the Descartes’ team’s commitment, plus our support made sure that no customer was affected. That was the most important thing.

I retired to bed that night exhausted. I was beginning to wonder if all this stress would be worth it?

There were too many things happening at the same time. It was crucial to make sure that no stone was left unturned as there was no room for mistakes. If something breaks, no one slept until it was fixed. At the end of the day, customer services is a vertical that doesn’t stop for anything. Neither can anyone who supports the support vertical.

I pulled down the refresh option on my phone’s email app one last time as my eyes closed.

There it was. An email from Bob Parker, EVP Customer Support & Client Services for Descartes, thanking all involved for their hard work and sharing the fact that we had been receiving positive feedback.

I read the email twice, maybe even thrice. I caught myself smiling.

This was it. It was DEFINITELY worth it!

I slept well that night.

Back to Birmingham (where it’s always the monsoon I suppose)

I invited Julie to accept the award from Stephen and glanced around at the huge hall, with a lot ITSM folks I know and respect appreciating the work we did. This moment was definitely worth all the effort we had put in.

We would like to thank SDI for giving us an opportunity to showcase the work that we (Descartes & Freshservice) did. It was while we were putting together the entry for the event was when, for the first time, we were able to look back and truly appreciate the work we did.

The why of it

IT projects are rarely built from scratch. If you’re rolling out a new software, you have most likely changed something that already existed and people do not like change. That fuels resentment and disagreement.

IT projects may not always go as planned. There will always be something that will go wrong. When you fix that, you cannot possibly know how everything that is connected to it will get affected.

After all of this, why do we still do it?

We care enough to make sure that we’re improving life for end users.

We care enough to do that because they deserve it.

That’s why software exists after all, doesn’t it?

How we Used Webcomics to Market a B2B SaaS Product