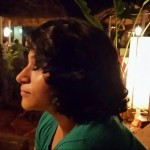 Looking for culture fit is holding you back

Their test failed because their conclusions were drawn from flawed evidence. Ideally, they should have re-conducted that interview except I wonder what they’d have done to up the scales the next time round. Rigged her chair to fall out so they could figure out how she’d deal with affronts to her dignity?

Culture isn’t a tangible concept. It’s the curious synergy that is formed when a bunch of people get together and decide to make something. Culture comes together accidentally and companies spend the rest of their lifetime trying to pin this elusive energy onto a board and use it to define themselves and their employees. For good reason too; there’s lots of research to prove that effective culture can account for 20-30 percent of the differential in corporate performance when compared with “culturally unremarkable” competitors. In fact, research has even linked customer satisfaction to organizational culture positively. Of course, a defined concept can also be stifling because once you do define it, you stop looking for people who change definitions and instead look for people who follow along with the scriptures in place…

But if we can agree on one thing: culture matters.

Culture fit on the other hand? Not so much.

In her book, Bossypants, Tina Fey, comedian, writer and actor extraordinaire, talks about the things she learnt from Lorne Michaels, her producer at Saturday Night Live. Hand in hand with gems like, “The show doesn’t go on because it’s ready; it goes on because it’s 11.30” and “Don’t cut to a closed door” is culture advice: “Don’t hire anyone you wouldn’t want to run into in the hallway at three in the morning.”

“This one is incredibly helpful. We work long hours at these shows, and no matter how funny someone’s writing sample is, if they are too talkative or needy or angry to deal with in the middle of the night by the printer, steer clear.”

As much as I love and worship Tina Fey, I cannot with any good conscience apply this advice to the situations I encounter because this is the problem. To a lot of people, culture fit has come to mean “I like them and want to hang out with them.” This, I’m ashamed to admit, includes me as well. It’s easy to assume that when you want to hire more people like a particular someone, that their personalities have to be similar rather than their values or working style.

So, maybe you don’t look for anything at all. Just hire someone on the strength of their skills and monitor for culture strength later. People are curious beings that change every day and the person you interviewed won’t be the person who joins or the person you promote six months from now. Internal and external forces can change people so it’s best to not bank on the impressions you draw from a general conversation. Instead of investing time in looking for a culture fit (your impressions may or may not be accurate), you could just monitor for culture strength and take action if they’re detrimental to other people’s morale.

But if you insist on searching for something aspirational during a short job interview…I suppose you could look for a value fit. What you should have in common with the people you work with, is values i.e people with the same motivations and vision as you, not necessarily educational background or style of work. Instead of focusing on figuring out whether they work in bursts, you should focus on figuring out if they share the same vision and values like, a just world without poverty or a shared recognition that the need for information crosses all borders.

Looking for value-fit also means that you won’t have near homogenous people – you’ll have people from diverse backgrounds with a wide range of skills and experiences working on a shared mission. And if you’re wondering how diversity can help in more than just bringing you good PR and street cred…we have just the McKinsey study for you in our references.

But if you insist…

Isn’t it funny that you work so hard to remove the hiring bias from your interview process? You use tools like Textio to make your job description gender neutral, Gapjumper to make certain fields invisible and auditions blind, ATS systems with structured feedback forms to make interviews more fair…and then, we let it all become useless when the culture-fit round, and its method of madness – free flow conversations – rolls around.

How can you take the measure of a person in a conversation? It takes people years of experience to become pattern recognizers. And then, there’s the bias that colors the conversation.

Laszlo Bock, Senior Vice President of People Operations at Google, said it best when he described the pitfalls: “Think about the last five people you interviewed for a similar job. Did you give them similar questions or did each person get different questions? Did you cover everything you needed to with each of them, or did you run out of time? Did you hold them to exactly the same standard, or were you tougher on one because you were tired, cranky, and having a bad day?”

So, what can you do to check for value fit?

At Google, they use a combination of a structured interview and cognitive ability tests, along with a concise hiring rubric, to hire candidates. A leaf out of their book would mean that you figure out standard questions, like ‘Tell me how you reacted when there’s a frustrated customer’, write down sample answers and rank them on a scale of 1-10 for a guide: 10 being the most culturest-fittest person of all time and 1 being a brilliant jerk. This guide can serve as a base for your interviewers; they can riff off it or use the questions verbatim and be sure they’re being fair to all candidates.

Of course, like with most things, Google’s already at the next level with an unbiasing training program. It’s a combination of a checklist and training programs, designed to make the hiring process as fair as possible. Their UB checklist is available online and takes one through various steps of the hiring process where bias is likely to play a strong role – resume assessment, interviews, evaluation and so on.

Another option to minimise the impact of hiring bias on your decisions is to have someone outside the team interview them as well. If you’re hiring for Legal, have someone from Sales talk to them. A more collaborative approach to the whole process and an outsider’s perspective might be just what you need to combat unconscious biases.

Of course, this whole thing could be in my head and I could be completely biased about the idea that everyone’s biases are at play when they hire. What do you think?

What is the role of the only HR person in a startup? #TopFiveLessons

Hiring your first HR leader: What skills to look for